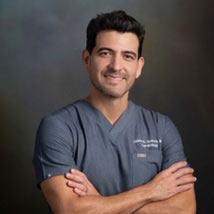 Before the cardiac ablation procedure begins, an intravenous line with a sedating solution is inserted into the arm. Parts of the groin, arm, or neck will be numbed and a needle will be used to open the skin to reach the blood vessel behind it. A thin tube, known as a sheath, is then placed into this opening. A long, thin flexible tube called an ablation catheter is inserted into the blood vessel in the groin using a guide wire. A special dye is then injected into the catheter to display the inside of the heart on a series of X-rays, known as angiograms. The ablation catheter uses electrodes to detect an arrhythmia, and emits radiofrequency energy to destroy portions of the heart tissue that cause the irregular heart rhythm. Patients are usually asleep during the procedure. If patients remain awake, they may experience slight chest discomfort from the radiofrequency energy and a burning sensation where the catheter is inserted. When the procedure is completed, the ablation catheter, guide wire, and sheath are removed, and the blood vessel is closed up and bandaged.

Immediately after the cardiac ablation, the patient is moved to a recovery area, where they will be monitored for several hours. While most patients go home the same day, in some cases, an overnight hospital stay is required. Patients may experience soreness or bruising at the catheter site. Regular activities can usually be resumed within a few days.

While complications are rare, there are certain risks associated with cardiac ablation. Risks include:

The risk of complications is higher in patients older than 75, as well as in individuals with diabetes or kidney disease. Cardiac ablation is considered an effective form of treatment for heart arrhythmia, however, some patients may need to have the procedure repeated.